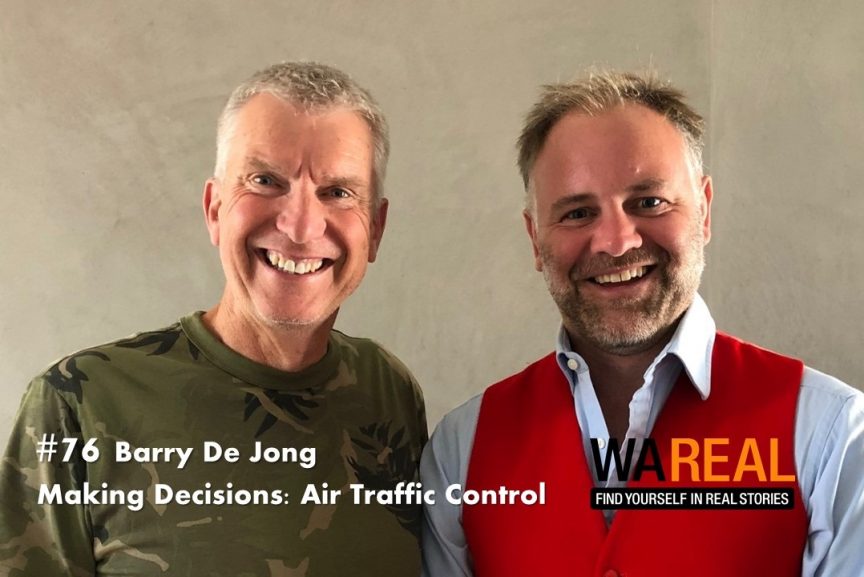 Listen to this episode of WA Real and leave your comment. (0:57:43)
0.75x
1x
1.25x
1.5x
2x
0:00
0:57:43
iTunesStitcherSpotifyGoogle PodcastsShare Leave a ReviewListen in a New WindowDownloadSoundCloudSubscribe on AndroidSubscribe via RSSYouTubePlayer Embed

Take a deep dive into the fascinating world of air traffic control with Perth Air Traffic Control line manager Barry De Jong. A veteran of 38 years in the career, Barry tells the story of how he became an air traffic controller, some of the major changes he’s seen in the role and how he’s kept himself motivated in the same career for such a long time.

Through discussing keys skills of an air traffic controller and how they can be transferred to everyday life, the conversation yields some fascinating insights and context about decision making and not over thinking things – someone we are all guilt of from time to time.

Barry’s wisdom from years of service really do shine through and you will be struck by his enormous gratitude for the opportunities his careers and his life in WA has provided him. Barry and Bryn also discuss the importance of having personal goals outside of work as Barry talks through some of his numerous personal achievements that include running marathons across the world, Ironman triathlon and solo swimming to Rottnest.