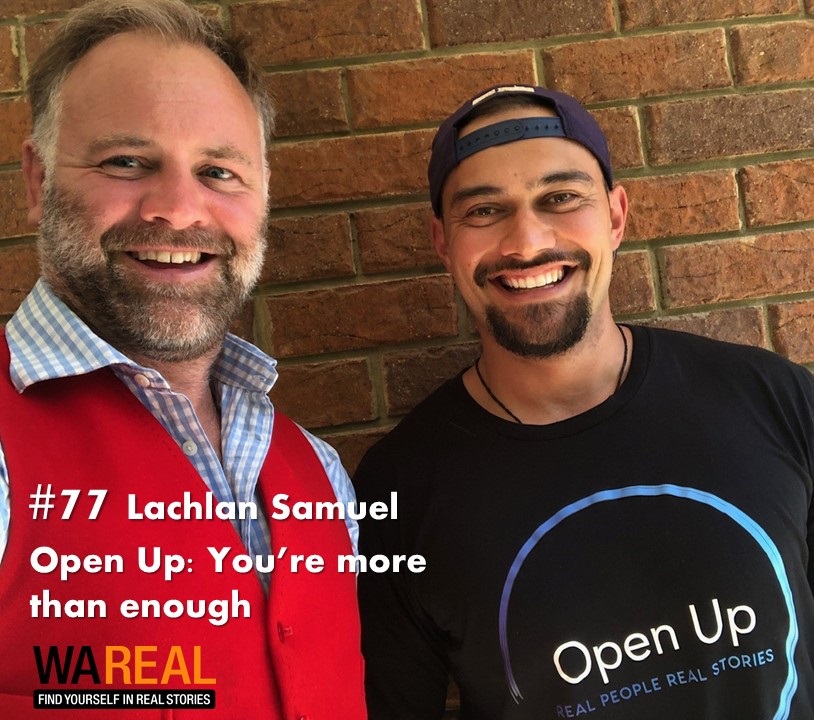 Listen to this episode of WA Real and leave your comment. (1:09:51)
0.75x
1x
1.25x
1.5x
2x
0:00
1:09:51
iTunesStitcherSpotifyGoogle PodcastsShare Leave a ReviewListen in a New WindowDownloadSoundCloudSubscribe on AndroidSubscribe via RSSYouTubePlayer Embed

Founder and host of Open Up podcast, Lachlan Samuel, is on the other side of the microphone as he delivers a super honest and raw account of his story. Lachlan begins by sharing how he was caught up in highs and lows of WA FIFO culture and the impact it had on him, his self-image and his relationships.

It was this impact that left him feeling that the world would be better off without him and lead him to attempt suicide. Lachlan’s story however doesn’t stop there, he talks about the process and reaction to sharing his attempted suicide with others and also his further brushes with suicide including those around him who had impacted his life so significantly.

The most impressive thing is his continued work on himself and how he has unravelled the source of the stories that have defined and dictated his life – which lead to even more revelations.

This work now includes giving back and serving the community through his Open Up podcast and support group. Lachlan also talks with great optimism about the future of mental health in Western Australia. It was a true privilege to create a space to for this story to be told and shared with this very brave man.