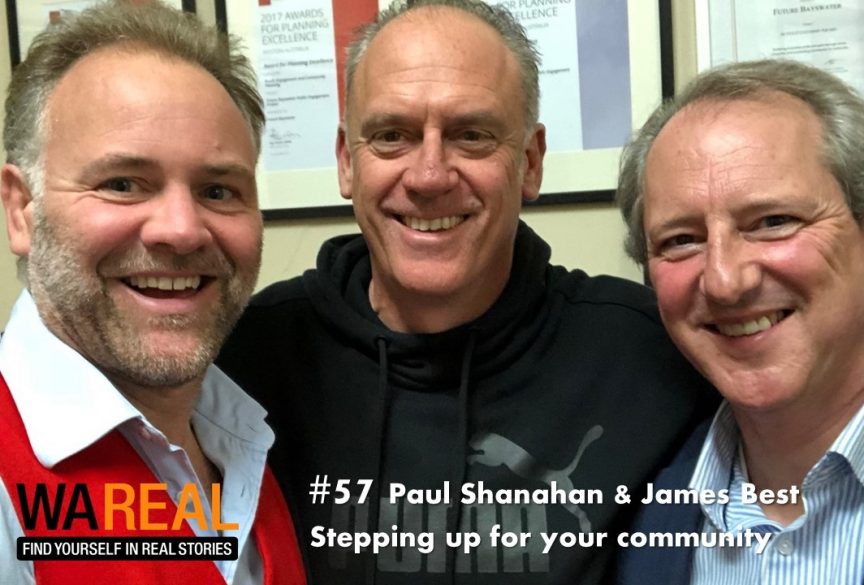 Listen to this episode of WA Real and leave your comment. (1:40:22)
0.75x
1x
1.25x
1.5x
2x
0:00
1:40:22
iTunesStitcherSpotifyGoogle PodcastsShare Leave a ReviewListen in a New WindowDownloadSoundCloudSubscribe on AndroidSubscribe via RSSYouTubePlayer Embed

Paul Shanahan and James Best share how they set about taking action to create Future Bayswater – an award-winning community group focused on shaping the future prosperity of the Bayswater town centre.

They explain how after facing the realisation that Bayswater was going nowhere and none in authority had any real plans for its development, that it fell to them to look beyond themselves, bravely step up, leave their comfort zone and take action to do something even though it would lead to significant backlash and criticism in the process.

Paul and James have now created a movement and mobilised a community. Through education and engagement, they seek public permission and inclusion to shape the future of Bayswater by putting the public voice to Government and business alike – they’ve also enjoyed a few beers along the way!! These guys epitomise the WA Real ethos of taking responsibility and making yourself accountable irrespective of the scale of the resistance that may come your way in doing so.

Learn more about Future Bayswater at: